Avoiding oscillations with the help of diatoms

Mutual Development of Girders for PETRA IV by DESY and AWI

Researchers and engineers at the Deutsches Elektronen-Synchrotron DESY and the Alfred-Wegener-Institutem, Helmholtz-Centre for Polar and Marine Research (AWI) have developed together a novel framework for the magnets of particle accelerator facilities. The so-called girders - a kind of table - has been prototyped on the model of microscopic organisms in the sea. The new findings provide a supporting structure for the future high-resolution 3D X-ray microscope PETRA IV. Plans for the upgrade from PETRA III, the current storage ring X-ray source at DESY, to PETRA IV envisage in re-using the existing tunnel infrastructure for the accelerator. PETRA III is already one of the most powerful facilities of its kind in the world and is used by research and industry for investigations in areas such as materials science and drug development. 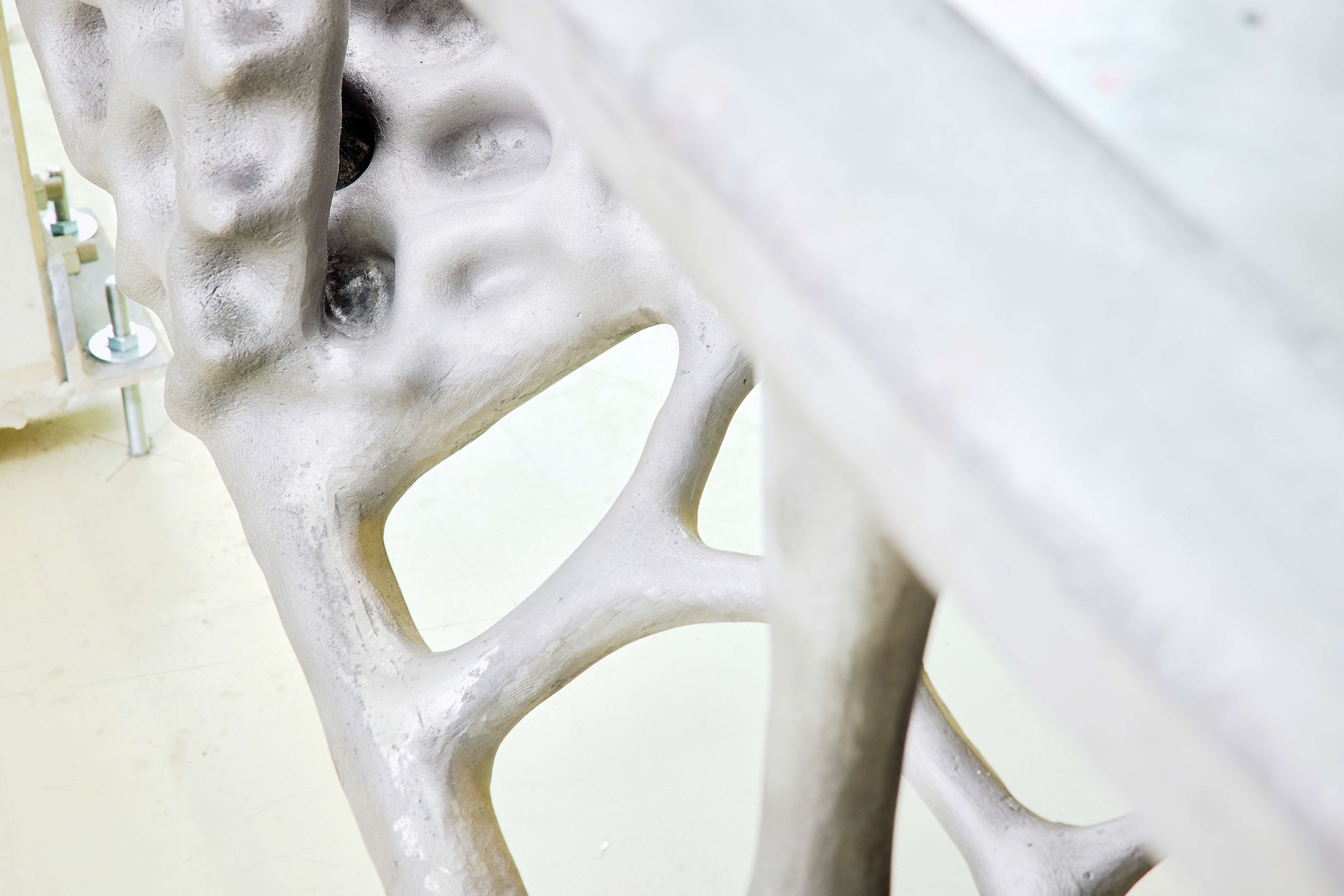 "The requirements for the next generation of accelerators can no longer be met with conventional frames," says Markus Körfer, head of the Machine and Experiment Setup Group at DESY. Above all, he says, the oscillations and vibrations of the frames and their superstructures must be minimized by optimized mechanically stiff lightweight designs, as otherwise the electron beam cannot be guided precisely enough by the magnets on its orbit in the ring accelerator. The magnets keep the electron beam on its path along the PETRA 2.4-kilometer ring tunnel. They are mounted on the beams, each of which is about three to five meters long.

The goal is to ensure that the PETRA IV beam does not deviate by more than 100 nanometers from one orbit to the next. To achieve this, the superstructures must be set up and aligned with an accuracy of 30 to 100 micrometers. And they must not oscillate at too low a natural frequency. "Anything below 52 hertz runs the risk of the oscillation resonating with external excitations," says mechanical engineering expert Daniel Thoden, a member of Körfer's group at DESY. These external excitations come primarily from the pump used to cool the magnets with water and from traffic near the facility, especially trucks. In principle, they have the same effect as when parents nudge their child on the swing: If they do it in the right rhythm, the child swings higher and higher. In a synchrotron, however, the aim is to avoid these movements in order to keep the electron beam stable. Since in this case the external effect is given, the rhythm, the natural frequency of the system itself must be designed in such a way that no resonance can occur. In the case of the swing, this would perhaps involve changing the length of the rope holding it - in the case of the synchrotron, the researchers change the vibration characteristics of the girders.
Conventional girders, such as those used in existing particle accelerators, reach their limits when it comes to the technical requirements of PETRA IV. For the appropriate novel design, the DESY engineers hoped for inspiration from bionics, which copies mechanisms and structures from nature. In cooperation with PhD candidate Simone Andresen, who specializes in bionic lightweight construction at the AWI, the researchers looked for a solution

Andresen found them in the structural principles of tiny aquatic plankton organisms: diatoms and radiolarians. Their outer shells, which protect them from predators but are also light enough to allow the organisms to float in the nutrient-rich upper layers of the ocean, are extremely robust. This is thanks to irregular honeycomb and lattice structures made of silicate that have been perfected over millions of years of evolution. "They are characterized by rounded holes, smooth transitions and irregularly arranged struts," Andresen says. "The struts sit only in places where they are needed for stability - where the forces act." Using computer simulations, Andresen applied this principle to the construction of girders and designed a prototype. The partners at DESY then commissioned a specialized foundry to do the job. Now the prototype is ready, and in tests it actually shows a natural frequency of over 52 hertz. The most striking feature is the arched underside of the table with its irregular mesh structure.
"The prototype will not be used like this," says Markus Körfer. "But it shows that this solution works and serves as a template and inspiration when we soon tackle the concrete construction of the girders for PETRA IV." At the moment, he says, it is still unclear exactly what the magnet optics will look like. That will have to wait to build the appropriate underframes, he said. In the end, of course, manufacturing costs also play a role. "Therefore, we will probably have girders that are a symbiosis of the conventional, low-cost manufacturing technology and the novel ideas with their superior vibration characteristics."